The next day, early in the morning.

Shirayuki had already left for Mount Osore for the training camp. Today, this Yamato Nadeshiko naturally wouldn’t be waiting for Fang Li in front of the boys’ dormitory. However, Shirayuki, as usual, sent an SMS on time to wake up the sleeping Fang Li so he got to school on time.

But Shirayuki was always so happy to play the role of the alarm clock, even though it was something that could be solved by an actual alarm clock. Fang Li was too embarrassed to set an alarm on his cell phone because of her.

Therefore, after being woken up by Shirayuki’s SMS, Fang Li yawned and started to wash up. As usual, it took Fang Li 10 minutes to finish washing up on time, and then he left the dormitory.

Originally, one could have taken a bus to Butei High. However, instead of the bus, Shirayuki preferred to leisurely walk, which was superficially for the purpose of exercising, however, she’d unintentionally let it slip before, “If you take the bus, I won’t be able to enjoy the time alone with Li-kun right?”

As such, Fang Li never took the bus to Butei High again. Even when Shirayuki wasn’t around, that was the same. It was the same today.

“Butei Killer?” Walking on the road to Butei High, Fang Li looked at the SMS he received last night out of the blue. Mumbling to himself, “This is sort of a crime isn’t it? Or is it a threatening letter?”

The SMS plainly told Fang Li that Butei Killer was on to him. “However, the Butei Killer had been arrested.” This was something that the entire Butei High community knew.

“So it’s a mimicry offence then?” Fang Li is more inclined to this theory. Because, according to rumors, if Butei Killer has a target in his sights, he will first deprive their freedom by means of a bomb attached to the vehicle in which the target person is traveling, followed by the use of an assault rifle behind in a vehicle that can be controlled remotely to threaten and chase the target person so they don’t escape.

In this way, there are only two consequences for the target person. The first is to be killed by the bomb. The second is to be shot by the submachine gun. The third possibility is that the target person is killed in a traffic accident while being chased.

That’s the way Butei Killer has been doing it.

“And if the attack yesterday evening was the work of this guy who calls himself Butei Killer, then this… could only be a copycat.”

At least, Fang Li hadn’t heard that Butei Killer knew how to train wolves to attack his targets. “Either way, it’s a certainty that I’m being watched.”

So, it was only a matter of time before the mastermind made a move on Fang Li, right?

That way, Fang Li didn’t have to worry about the bystander will suffer. A loud sound broke Fang Li’s train of thought.

“Ranbyou?” Fang Li frowned and answered the phone. Ranbyou’s words loudly came out from the moment he received the call.

“You need to head to Assault’s roof now!” Upon hearing this, Fang Li understood. The next second, Ranbyou’s voice affirmed Fang Li’s fear…

“A bus to Butei High was rigged with a bomb and is now on the loose. Just like on the highway, get your ass over here and get ready to attack!”

In the elevator of the Assault Building, Fang Li thought back to what Ranbyou said to him when they met just now as he pressed the button to the roof.

“The bus that was hijacked was a Butei school bus, full of Butei. It’s rigged up like a bomb ready to explode, and the target seems to be using a long-distance control method to monitor and pursue it from another vehicle that should be armed.”

“First, they planted bombs, then they chased after Butei with a vehicle equipped with weapons. It’s Butei Killer’s copycat.”

“However, we have someone on site who seems to have been chasing this copycat for a long time, and is familiar with long-distance hacking, this time it was that person who caught the signal and predicted the event, only then could we respond in time.”

“Now, Butei who’ve captured the signal waves are ready to attack, so you should head over there right away and join her.”

“Butei Killer?” Indeed, the modus operandi this time was almost identical to that of Butei Killer from rumors. But, if that’s the case, then what about the wolves last night?

“Could it be that both sides aren’t actually the same person?”

While thinking so, the elevator reached the top floor and the door opened.

A strong wind suddenly blew in, causing some light rain to sprinkle on Fang Li’s body. Unknowingly, it was actually raining heavily outside. In the middle of the rain, there’s a person facing the door, standing against the wind.

It’s a girl with a height of just over 140 centimeters and an unusually petite physique. The girl had very conspicuous pink long hair, tied into a twin-tailed hairstyle, the two ends hair fluttered in the wind and rain.

She was wearing a TNK bulletproof vest, a helmet with a reinforced plastic mask, and open-finger gloves. A couple of belts were tightly bundled into her waist, and on the leather pouches, there were pistol holsters and a few spare magazines.

Fang Li was very familiar with that equipment. It was a Butei’s usual attack outfit, known as C Equipment.

These sorts of events are usually very dangerous, so Butei are often instructed to wear this equipment when on the move. Even if a bullet lands on it, the impact will be reduced to a great extent.

Compared to the Butei High students’ bulletproof uniforms these are a few ranks higher. It’s equipment that soldiers would wear, but now it’s worn by a petite twin-tailed girl, there seemed to be a kind of unexplainable sense of contradiction.

She must have sensed someone approaching from behind because the girl turned her head and looked at Fang Li.

At this one moment, the face that entered into Fang Li’s vision was so cute that people might mistake it for a doll’s face. However, the girl with such a cute doll face looked at Fang Li with a critical eye. Her pupils were a red-jewel like crimson.

Immediately, the girl asked. “Are you the Gun Magician?” 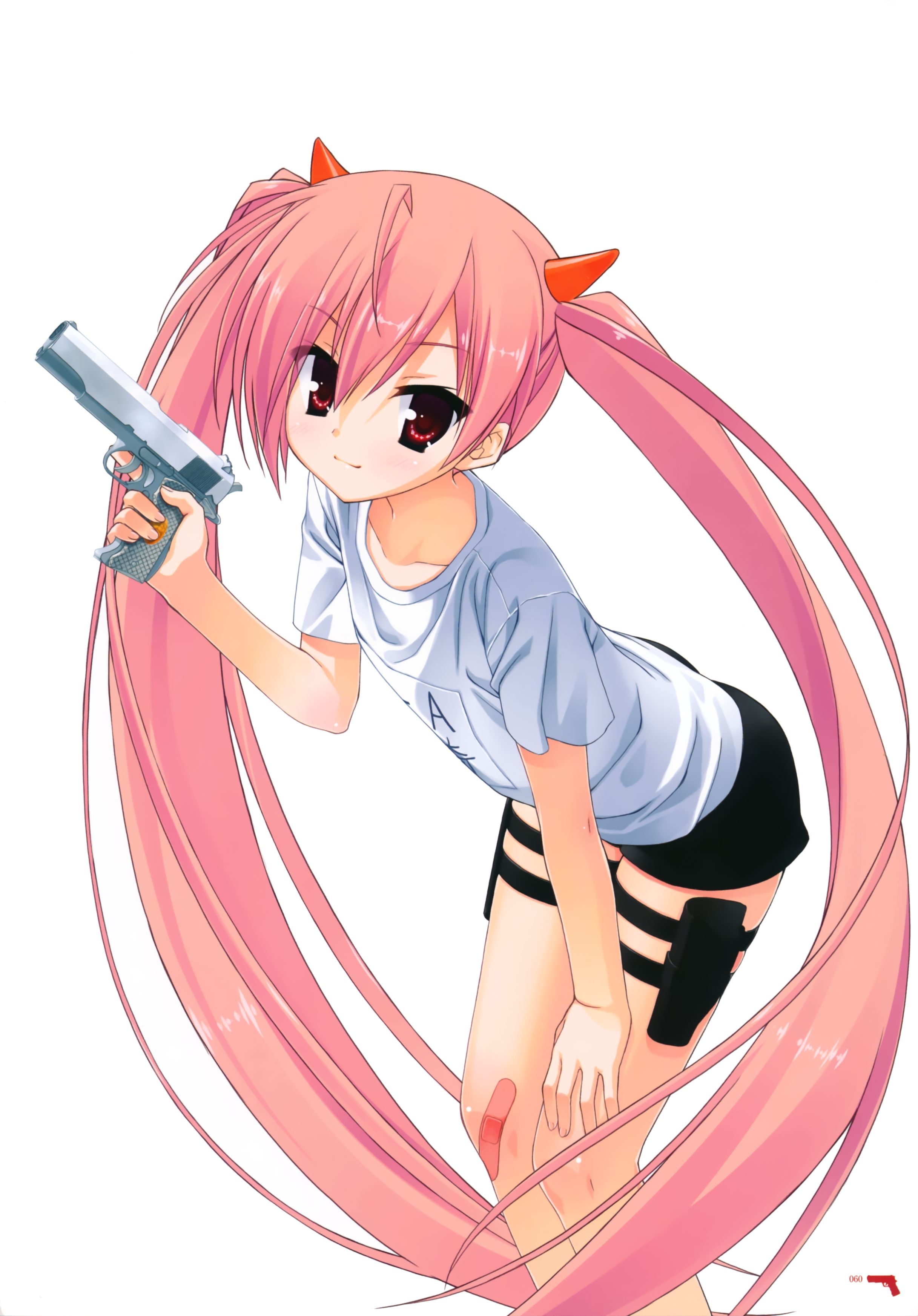 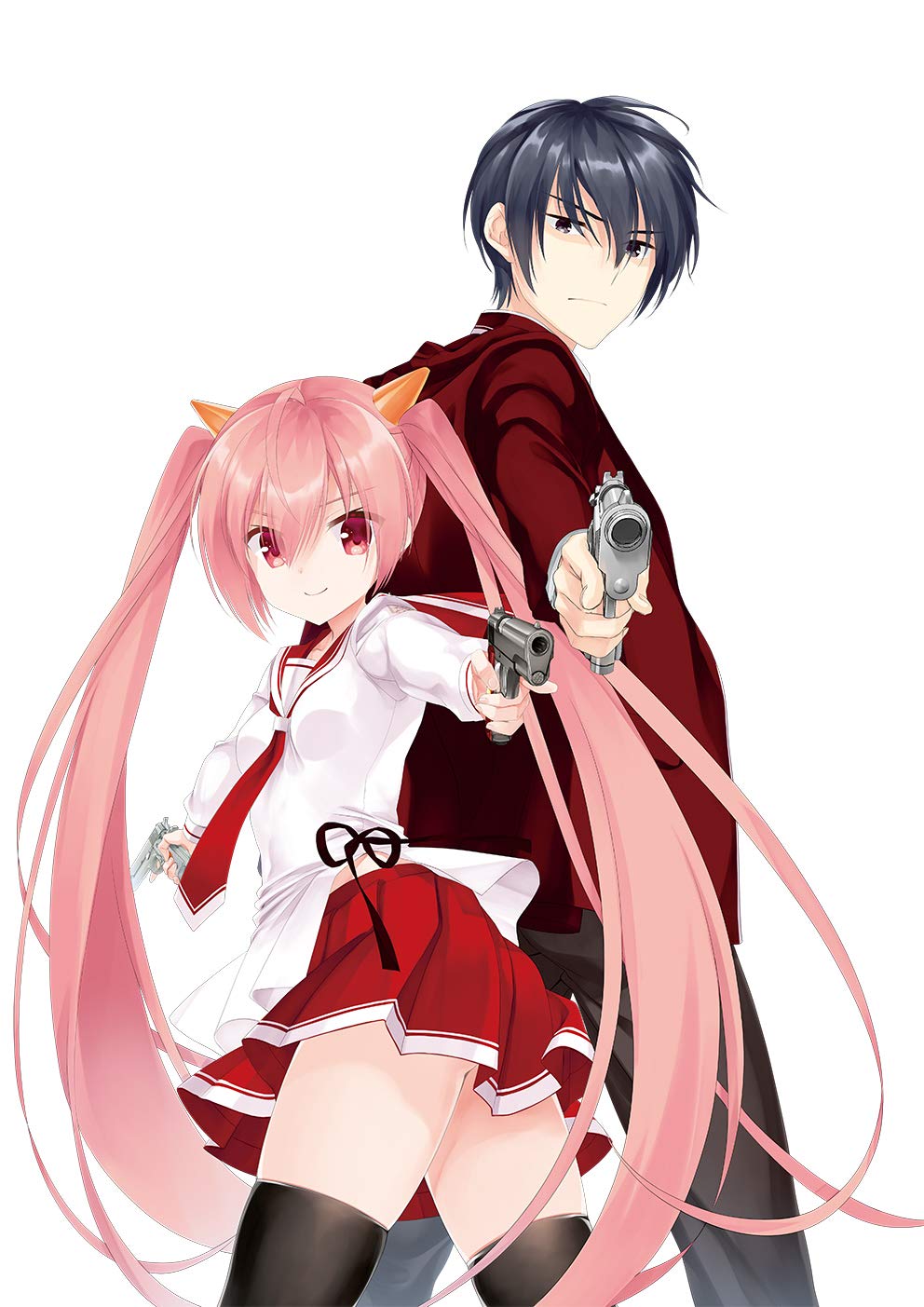 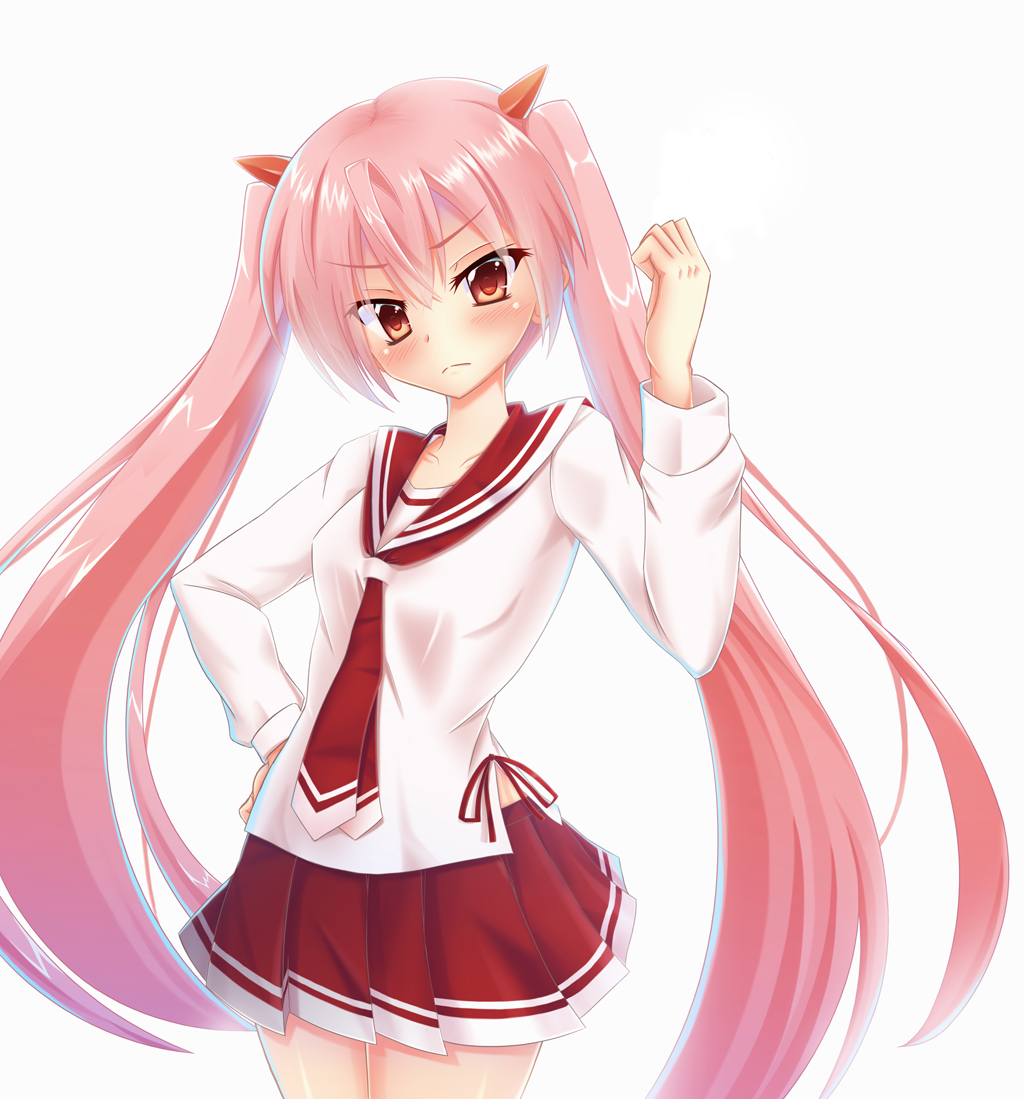