That is the final moment that 《Magecraft》 will still exist.

Society is made by the hands of people, there are a special group of people called 《Magus》 that seek the truth.

They are a gathering of scholars. A group of people secretly studying Mysteries.

Through the power called 《Magecraft》 they can create miracles that would need a long time to appear through science achieving results similar to a fairytale setting.

People with this power were called Magus

Obviously, Magecraft and Magic were two different concepts. These so-called miracles were not perfect and happy as described in fairytales.

Therefore, Magecraft and Science were two different paths that ran counter to each other. The development of one side meant the decline of another, it wouldn’t be overrated to say that they couldn’t tolerate each other at all.

However, for the Magus’ that grasp the power that science cannot yet explain and the scientists who will achieve what Magecraft cannot achieve, both shared the same long-term goal.

Magecraft and Science were used to bring humans prosperity. Any method that could be used to protect human history in the future should be used. Therefore a historic moment happened.

The creation of an organisation to safeguard the human order, 《Chaldea》.

This is an organisation built to protect the glorious and tenacious human history accumulated over the years, doing research and observation. It does not discriminate between Magecraft and Science with researchers of both areas, hidden on a snowy mountain six thousand metres in the air.

It is managed by a prestigious Magus family, the Animusphere Family. Only by depending on Magecraft is not enough, Science is needed as well in order to observe and prevent scenarios that can exterminate Humanity.

In this Chaldea facility, there was no division between Magecraft and Science only a cause to make Humanity live on.

Meanwhile, they also had both Magus’ and researchers here. Rozen and Mashu were two people in Chaldea, Magus’ there to safeguard Humanity.

In a white modern corridor, Rozen walked while yawning.

While rubbing his teared up eyes, Rozen lazily walked in the corridor.

“Do your best senpai.” Mashu looked at Rozen and stopped playing with Fou on her shoulder. Frowning as she said, “If senpai’s lazy appearance is seen by the director later on she’ll definitely…”

“Definitely throw a fit right?” Rozen quickly finished what Mashu was about to say and curled his lip, “That aunt who got her period so quickly always cursing at people, even if I look more energetic she’ll still be angry.”

Faced with Mushu’s proposal Rozen had a few words to respond with.

Rozen said so without hesitation, “I and that woman are inborn enemies don’t you know.”

Hearing this Mashu really had no way to deny it.

As Rozen had mentioned, since the start till now, these two had always been incompatible.

Rozen’s manner is quite lazy, preferring to play games and surf the web. The Director, on the other hand, is the opposite, coming from a Magus family and being the head of Chaldea she had to maintain the sense of mission and dignity of protecting humanity unable to accommodate any mistakes.

That being the case, both of them were naturally incompatible. In the Director’s eyes, Rozen’s life and lazy personality were completely wasting time. The two people will always quarrel when they meet.

It’s precisely because of that that Rozen purposefully muted the Director so he wouldn’t receive any form of communication from the Director.

“Isn’t there any way to make both senpai and the director live in peace and harmony?”

The young girl with a good personality kept thinking about this.

Until after a moment, Mashu’s footsteps stopped.

Fou made a puzzled noise from Mashu’s shoulder when she stopped petting it.

Rozen also stopped walking as he looked at Mashu in surprise. After a moment he realised what happened as he looked to the side.

There was a wall showing a picture of what’s outside the facility. It’s just that it wasn’t a beautiful scene. There was a chilly cold wind blowing through the land covering the mountain peak and this stretch of the world.

The sky was a vast expanse of whiteness and gloom appearing quite scary.

On her charming face there appeared an expression that one cannot clearly see.

That is the emotion called loneliness.

Rozen put his hand on Mashu’s shoulder erasing the former loneliness and asking in a soft voice, “Are you okay?”

“Un…” Mashu nodded but did not look at him continuing to stare at the sky and asked, “I heard that the true sky is blue senpai.”

That image could never be seen in Chaldea.

Regarding this question, Rozen can only respond.

“Yes.” Rozen stared at the sky as well as a strange emotion showed in his eyes before immediately turning back into the lazy one shrugging as he mentions, “It is very blue, Mashu you will be able to see it soon enough.”

These words were good enough to awaken the lost Mashu.

“Ah…” Mashu appeared to have gotten out of her reverie as she covers her mouth saying with guilt, “Right…sorry senpai…senpai is…”

Rozen interrupted her and said, “It’s fine, don’t think too much about it I don’t care about it.”

Rozen grinned and said to her, “We better hurry to the control room or we’ll get scolded!”

The two people quickly walked forwards. As if the conversation just now had never happened. 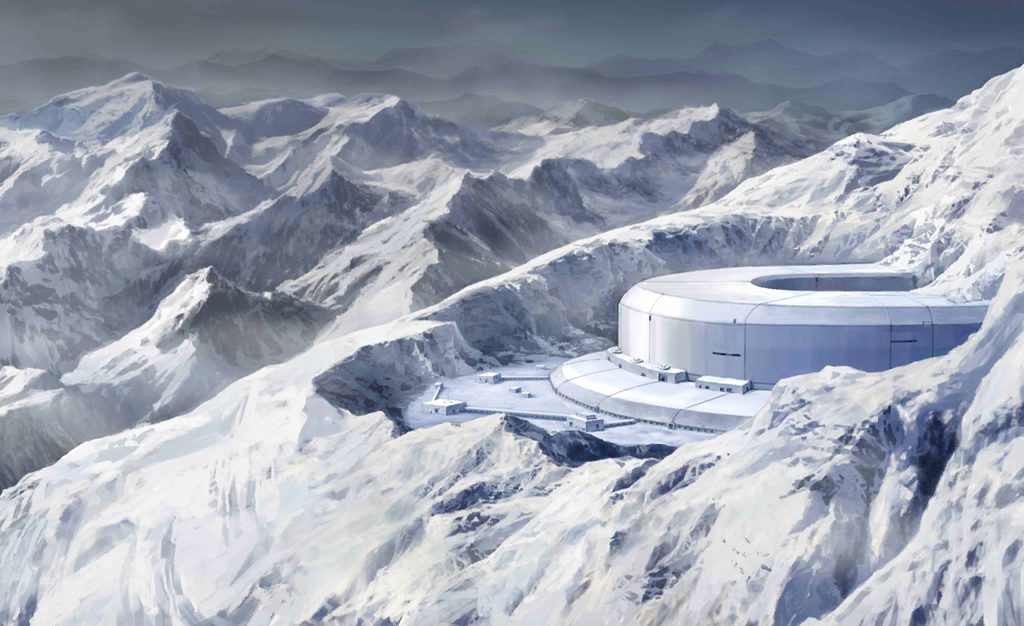