On this day, the weather was quite gloomy and cold, it was like God knew that today would be a depressing day.

In the Russian Branch’s surroundings on a vast open plain, many people were gathered.

Naturally, there weren’t only people, military helicopters, as well as tanks, were there too. There were also God Eaters holding God Arcs standing alongside soldiers holding weapons as they boarded while discussing.

Fang Li’s group was here too.

As the time for the helicopters to set off was about to approach, Fang Li shot a look at Rindou Amamiya, Sakuya Tachibana and Soma.

At this moment, the three God Eaters were ready and waiting to set off.

Hibari was only an operator, after all, it’s impossible for her to go on the battlefield.

Therefore, out of all the Far East Branch members, only Hibari would remain at the Russian branch and be responsible for communications, news transmissions and information.

Originally there were other people in support from the Far East Branch but now there was only Hibari who was responsible so she felt a bit restless.

But what made her restless was actually the mission of Rindou Amamiya and the others.

“No matter how careful you are, if it’s time to die there’s no escape.” Rindou Amamiya shrugged and said, “After all who was the one that made us responsible for the most important part?”

“Snort.” Soma turned around, but his hand gripping his God Arc tightened.

There was no helping it.

Even if it was the most outstanding Aragami team in the Far East Branch this mission was still extremely dangerous.

In the meeting before, Rindou Amamiya’s group had one mission.

“This threat could be said to be Aphrodite’s work alone.” Rindou Amamiya blew out a puff of smoke and thought out loud saying, “Naturally, to get rid of the current crisis Aphrodite needs to be dealt with.”

The Russian Branch was prepared to attack the Aragami because Aphrodite was here.

In other words, so long as they solve Aphrodite, the Aragami army would automatically scatter and not attack the Russian Branch en masse.

It’s just that there really were too many Aragami.

To crusade against all of them, only if all the Fenrir branches in the world sent out reinforcements otherwise there was no chance of success.

That being the case, the Russian Branch targeted Aphrodite.

To attack Aphrodite was absolutely necessary.

The reasoning wasn’t too difficult to guess.

“Regardless of whether the Far East Branch can succeed in attacking Aphrodite, it’s not the Russian Branch’s God Eaters so it doesn’t matter if they die.” Fang Li spoke as if it didn’t concern him, “Really, it’s using other people as tools.”

“No matter what, that’s the mission.” Sakuya Tachibana’s expression was helpless but she didn’t hesitate, “Since it’s the mission, we must complete it.”

“Yes.” Rindou Amamiya lifted up his God Arc and waved, “Furthermore, we aren’t the only ones in the frontline, we only need to handle Aphrodite, the other Aragami need to be handled by the Russian Branch’s God Eaters.”

“I’ll send the latest information as it comes to everyone.” Hibari said hastily, “Everyone is strong, you can all pass this test safely!”

Hearing this everyone smiled.

Fang Li looked at Rindou Amamiya and said, “It’s not only you that has a dangerous mission, but I was also arranged to go to the front to lay mines and prevent the Aragami’s footsteps, besides Hibari, it seems we’ve all been scattered.”

This was definitely the doing of some person that didn’t want Fang Li’s group to remain in the Russian Branch.

“In other words, to others, we’re still a threat.” Rindou Amamiya closed his eyes and immediately opened them saying to Fang Li, “If you’re afraid, you can still escape now.”

“I’ll consider that.” Fang Li curled his lip and smiled, “So long as I’ve finished my mission.”

If it wasn’t for Main Quest 1 and Main Quest 2, perhaps Fang Li really would just ignore the Russian Branch’s orders and continue to find an opportunity to finish the side quests.

However, considering the Main Quests, Fang Li had to be on the battlefield.

“Perhaps this is why a side quest can be A-Rank.”

Since there was an intersection with the main quest, Fang Li’s side quest difficulty would naturally increase.

What to do in the end, would be up to Fang Li.

“Compared to me, you guys are in more danger?” Fang Li gave a faint smile to Rindou Amamiya and said, “Do you have any last words to tell me?”

“No last words but I do have orders.” Rindou Amamiya couldn’t help but smile and said to Fang Li, “I have three orders.”

“Wait for the opportunity to deal with the enemy.”

Leaving those words behind, he brought Sakuya Tachibana and Soma aboard a helicopter.

“Fang Li san…” Hibari looked at Fang Li earnestly and said, “You must definitely live and come back!” 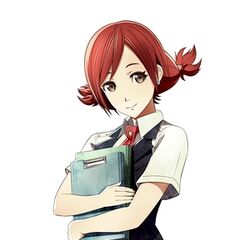 Thanks for the chapter!!

holy shit, another chapter in a row… this chapter and last chapter could be summed up in like 2 paragraphs and they had the balls to make them two whole chapters…. what pricks.

That’s a single order but with 4 sentences…