As an ordinary soldier, Russian Branch naturally couldn’t make Fang Li fight the Aragami. That was for the God Eaters to do.

Even the Far East Branch didn’t make the soldiers fight directly with the Aragami, they were only responsible for support and aid, only if there were no God Eaters were they meant to fight the Aragami.

Therefore, Fang Li’s mission this time was to bury land mines on the battlefield to slow the Aragami attack.

The number of people responsible for this mission was about 24 people. Fang Li was arranged in this first vanguard team.

In other words, since they hadn’t battled yet, Fang Li had to go to the most recent places Aragami were spotted.

Although, the work of burying land mines was pretty simple, the enemies were Aragami after all, there was danger everywhere.

“They really think of me as an eyesore.”

Fang Li onboard the helicopter looked around and observed the cabin.

The Russian Branch’s soldiers were all sitting down on long rows of seats in complete silence and with serious looks. There was a certain distance between these soldiers and Fang Li as if he didn’t really fit in with the rest of them.

Fang Li didn’t care too much about this actually. What made them different was not only their physical differences but also their differences in mentality.

Regarding this situation, Fang Li didn’t hate it in fact he welcomed it with open arms.

“Only then can I fish in troubled waters and complete Main Quests 1 and 2.”

Therefore, Fang Li actually looked forward to going to this dangerous area to find an opportunity to finish the quests.

Compared to him, these soldiers’ hearts were all full of a sense of crisis.

These totally different mentalities caused Fang Li to appear excluded from the rest.

The helicopter then started to slowly descend into the wilderness. As the doors of the helicopters opened, soldiers rained down from above.

Each soldier was holding a giant box.

Besides the box, they were each also carrying machine guns and heavy equipment.

Fang Li got down from the cabin as well.

When the 24 vanguard soldiers had landed and lined up tidily, the cabin of the last helicopter opened. The people who got down however were no longer soldiers wearing uniform but warriors in casual attire holding giant weapons, God Eaters.

This was the forefront after all.

Although the mission was only to lay down land mines, there was a possibility of the Aragami army attacking therefore the Russian Branch arranged for God Eaters to travel along with the soldiers.

It’s just that from the looks of it, these God Eaters were all rookies that hadn’t been given important missions.

Therefore, Alisa was here amongst the God Eaters as well.

Fang Li looked up and saw her.

Alisa slowly walked out of the cabin. Her face was still as indifferent as before and her body still exuded arrogance. This time however, she was also holding a weapon.

It was a long sword that had a bright red shine.

In other words, this red weapon was the New Type God Arc.

A God Arc that could transform into a gun as well as a sword, suitable for both long and short range combat.

The hand carrying this God Arc didn’t appear to be strained, Alisa was lifting it as if it was a light object.

In front of her there were soldiers waiting for commands.

At her side were other rookies.

Alisa was without a doubt the most dazzling person here.

Not just because she was beautiful but also because of her ability.

“You don’t need to make that sort of face Alisa.” A God Eater rookie smiled flatteringly at her and said, “Our mission is only to accompany them, very relaxed, just shout at them occasionally.”

As this God Eater started to talk, the other rookie God Eaters echoed his words as well.

“According to the computations, the probability of an Aragami is less than 20%”

“Furthermore, this probability is from after finishing the mission.”

“This time’s mission would probably take four or five hours and the probability they’ll appear is so low, we won’t have such bad luck right?”

All the God Eaters were showing relaxed smiling faces.

Seeing the attitudes of all these rookies, each of the soldiers looked down at them in their heart.

Arriving at a battlefield but not feeling stressed at all, one could clearly see how immature these rookies were.

That being the case, Alisa turned around and looked at all the other rookies that were smiling, her expression was unchanged.

“Don’t put me at the same level as you guys.”

Then Alisa turned around and walked in front of the soldiers.

“Everyone, prepare to start work now!”

All the soldiers immediately brought their boxes with them and started dispersing.

As for the rookies, they had angry expressions on their faces having been insulted by Alisa before.

“What sort of attitude is that!?”

“Just because she’s a New Type is that very great?”

“If she wasn’t so attractive I wouldn’t have even cared about her.”

Obviously, Alisa’s remarks made them quite humiliated.

Only, Alisa didn’t really plan on getting along with them, as the soldiers started working she got up onto a high spot and held up her god Arc.

With a mechanical sound, the God Arc suddenly distorted and changed into a huge gun.

Seeing this, the rookies couldn’t help shutting up.

Within the crowd, Fang Li also saw this dazzling display.

Seeing Alisa standing on that high spot and holding up the transformed God Arc, the corner of Fang Li’s lips rose.

Then, Fang Li squatted down and started to bury the mines.

Fang Li hadn’t discovered it, but when he started working, Alisa had actually shot a look in his direction.

Recalling the defeat at the hands of that trespasser, Alisa’s hand holding the God Arc got tighter and tighter…

Goddamn these weapons are huge! 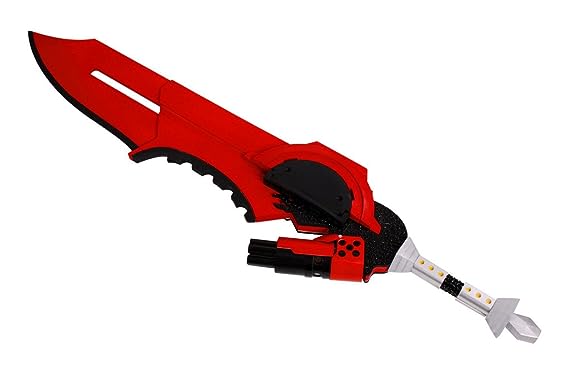