The night passed by quietly. The next day, in the wilderness, the flame had turned into embers and disappeared. Fang Li and Alisa walked out from the ruins and looked at the sky which was still dark and took a deep breath.

“Good, I need to continue and hurry along.” Fang Li said as he turned his head and looked at Alisa, “And you?”

Alisa didn’t reply but after a moment turned and said, “I’ll go as well.”

“That so?” Fang Li didn’t show any surprise and nodded. Fang Li understood it clearly. Alisa still hadn’t given up on her goal and wanted to take revenge so Fang Li had no reason to stop her.

After all, this was her decision.

Alisa naturally knew this as well.

“No matter what my destination won’t change.” Alisa was calm again as she returned back to her arrogant tone again saying, “Even if I don’t go and get stuck without food alone in the wild all that’ll happen is I’ll die.”

“But you won’t be safe there either” Fang Li looked to the wild and said, “There’s where it’s most dangerous, rather than going through that danger you might as well stay here and wait for rescue.”

“You can do that.” Alisa shot a look at Fang Li and said unemotionally, “I don’t want to stay and wait for someone else to rescue me.”

Seeing that, Fang Li shrugged and indifferently followed. After a moment, both their speeds accelerated as they sprinted faster than an average human vanishing into the wild.

After the rest from the evening, Fang Li and Alisa had both recovered a lot from their injuries. Their speed was much faster than it was yesterday by a huge margin.

On top of that, both the people had more stamina than the average person so even if they were continuously running it was no sweat. No matter what, Fang Li’s equipment can restore 1/10 of his stamina every ten minutes so if he calculated his speed correctly he could run for a long time.

Alisa was a God Eater so she had the Oracle Cell’s astonishing resiliency naturally she wasn’t inferior. Therefore after an hour, both Fang Li and Alisa rushed at astonishing speeds into the wild.

Until they met another Aragami army they stopped once more. With the howls, they saw a group of Ogretail Aragami running in the wild. Seeing the crowd of Aragami, Fang Li didn’t react as Alisa opened her mouth and said, “This time, I’ll fight.”

Saying so, Alisa grasped her God Arc and not looking at Fang Li jumped down and rushed forward. As Alisa prepared to engage them, Fang Li shouted, “Help me do something.”

Those words caused Alisa to stop and look at Fang Li in astonishment. Obviously, she hadn’t thought that the strong Fang Li would suddenly ask for her help. Fang Li ignored her astonishment and said what he was thinking.

“I need the Aragami cores, the more I have the better.” Fang Li looked at her and said slowly, “If you fight, I hope you can help me keep those Aragami cores.”

Regarding the Aragami cores, any God Eater wouldn’t find it strange. The retrieval of the cores was an important part of the God Eaters’ work.

As the most important part of the Aragami, the core had many uses. It could be used to manufacture items and ammunition for weapons and could be used in projects needing Oracle Cells, these all needed Aragami cores.

To say frankly, the number of cores even affected how strong humans were. Like the God Eater’s God Arc, those were made with Aragami cores as well, so if they lack cores then the God Arc’s performance would be reduced greatly.

Therefore, a majority of the God Eaters’ missions were to retrieve cores and even focus more on collecting cores then fighting the Aragami.

As for retrieval, there was a simple method. Eating.

Fang Li wanted to use Alisa to help him complete Main Quest two.

It’s a pity that cores were important resources. As the Russian Branch’s God Eater, Alisa had no reason to help Fang Li who worked for the Far East Branch.

Therefore, Alisa directly said, “Why should I help you?”

Fang Li didn’t reply but spread his palms. In his hands was a biscuit that was broken. Seeing that Alisa turned silent. Now Alisa realised this issue. If Fang Li hadn’t provided her with food before then she’d be starving now. Furthermore, if Fang Li hadn’t given her food she might’ve starved to death while fighting. In other words, Fang Li had already given her her reward.

If Alisa ignored this gesture then yesterday’s biscuit would’ve been equivalent to feeding a thankless person. How could Alisa with her high self-respect handle that?

“I understand…” Alisa looked at Fang Li and said, “The core retrieved this time I’ll give them to you, how much do I owe you?”

“It’s like this.” Fang Li shrugged and said, “I’ve only got enough biscuits for 3-4 days so it should allow us enough time to get out of this forest?”

“Understood.” Alisa turned around and looked at the Aragami. 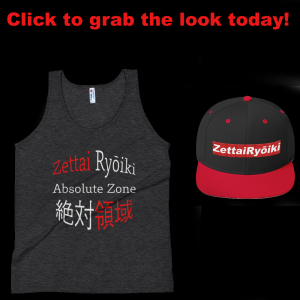 ty for teh chapta!~