The title of Samurai sounds very imposing, but in this time and in this country, the so-called Samurai had already mostly been decayed.

Not looking elsewhere just having a look at Samurai in Aragane Station will show you the current state of Samurais.

Bullying the weak and fearing the strong.

Not daring to strive for an achievement.

These are all the connotations one thinks of when speaking about the present Samurai.

Because of the existence of Kabane, the Samurai body and mind had already been worn down to a half-done state.

In the original works, there were many Samurai that because of the existence Kabane causing them to be frightened, led to them causing many disputes. They went so far as to even slander the average person and even kill the average person. These are all normal matters with the Samurai in this world and era.

Therefore, in this time, while the Samurai are seemingly helping to govern each relay station, reality is different and feudal bullying of ordinary citizens is commonplace.

The people do not have any respect regarding these samurais, only dread. This is the way of the current time.

Is this perhaps the reason why Konochi Kurusu is so rigid when it comes to a Samurai’s dignity?

At least, to Fang Li, in the original works’ Samurai, only Konochi Kurusu and Araka Kibito can be called true Samurai, with the rest being only disappointing existences.

Therefore, Fang Li does not want to be associated with these people.

Even if this would allow him to be close to Yomokawa Ayame, allowing him to be nearby and protect her thus completing Main Quest 2, Fang Li still refuses to do it.

Naturally, Fang Li will not say that this is his reason, that will only injure the relations of both sides.

Regarding this, Yomokawa Ayame is actually slightly disappointed, it seems like she wants to help Fang Li, helping him get rid of the Wanderer status.

This type of kindness is not a good deed regarding Fang Li. However, nobody would be hateful of a good person.

Fang Li is also so.

This is definitely not because Fang Li is an inborn comedian, it’s just that this time is quite lacking in entertainment. As a person who had once lived in the 21 st century the amount of information regarding his 18 years of living, allows Fang Li to talk about some little known amusing topics which in turn has then made Yomokawa Ayame’s heart curious, smiling continuously.

There were two different reactions to this.

One was Yomokawa Ayame this Rich Ojou-sama who had been sheltered her entire life and had not encountered many entertaining things, allowing her to talk about them was like opening the floodgates. Although her style of speaking is still as polite as ever there was a hint of a pure young girl’s unique fragileness.

One was Konochi Kurusu from beginning to end again he remained silent and unspeaking. Only using his vicious look to look at Fang Li, as if looking at an enemy with whom he has suffered bitterly and hated to the extreme. That appearance, rather than giving off the impression that he wants to draw a sword to chop Fang Li, radically was showing that he wants to jump onto Fang Li and bite him.

While discussing these matters under a really happy condition, Yomokawa Ayame suddenly remembered an important matter, squeaking a small call in alarm.

“Ayame-sama?” Konochi Kurusu asked as if he had finally found the opportunity of involvement: “What happened?”

“I… I almost forgot.” Yomokawa Ayame said somewhat flusteredly as: “Today I was meant to help father take his Steam Gun for repair.”

At this moment, Yomokawa Ayame only thought that her whole body had become ice cold.

Because, in the split second that Yomokawa Ayame looked at this Wanderer with whom she was having a happy chat with, in his pair of ordinary eyes, an ice blue ray flashed for a split second.

That glimpse of the ice blue ray had as if eliminated the body temperature of Yomokawa Ayame’s whole body, it seemed as if it could wipe out her body’s life, making Yomokawa Ayame have a misconception.

What she was facing was not a person, but a god. A Death God.

At that moment, Yomokawa Ayame could not bear retreating two steps.

“Fang Li-san?” Yomokawa Ayame did not pay attention to Konochi Kurusu, but her whole face was still shaken while looking at Fang Li, stuttering: “You… You just…”

“Sorry, Ayame-sama.” Fang Li apologises: “I did not mean to frighten you intentionally.”

“No…” Yomokawa Ayame has held her chest to calm down hesitantly asked: “But, just now your eye…?”

“My eye?” Fang Li intentionally doubtfully asks: “What about my eye?”

In there, she only saw a pair of dark-coloured ordinary eyes. “Could it be that, I misread?” Yomokawa Ayame asks in her heart.

Not waiting for Yomokawa Ayame to find out a reason as to why, Fang Li reminds her: “Ayame-san, did you not say that you wanted to help your father repair his steam gun?”

“Right… Right.” Yomokawa Ayame nodded. “It’s for this matter than I looked for Kurusu, I wanted him to  help be my bodyguard, accompanying me to leave the Manor.”

“We should hurry.” Although Konochi Kurusu is still doubting why Yomokawa Ayame will make much ado about nothing suddenly, he continued: “If we keep delaying this matter we may be punished.”

“That’s … That’s right” Yomokawa Ayame was about to continue pondering over the previous matter but, thinking of the proper business, has to say goodbye to Fang Li.

After Yomokawa Ayame and Konochi Kurusu leave one after another, the smiling face on Fang Li’s face disappeared bit by bit, as he sighed.

“It seems like I need to find an opportunity to discipline and control the Mystic Eyes.”

Only, he did not think that Yomokawa Ayame was unexpectedly so sensitive, realising this small difference unexpectedly.

“But, repairing the steam gun?”

This matter, Fang Li has also thought about.

The day that the plot starts in the original works, Yomokawa Ayame took her father’s Steam Gun to repair. 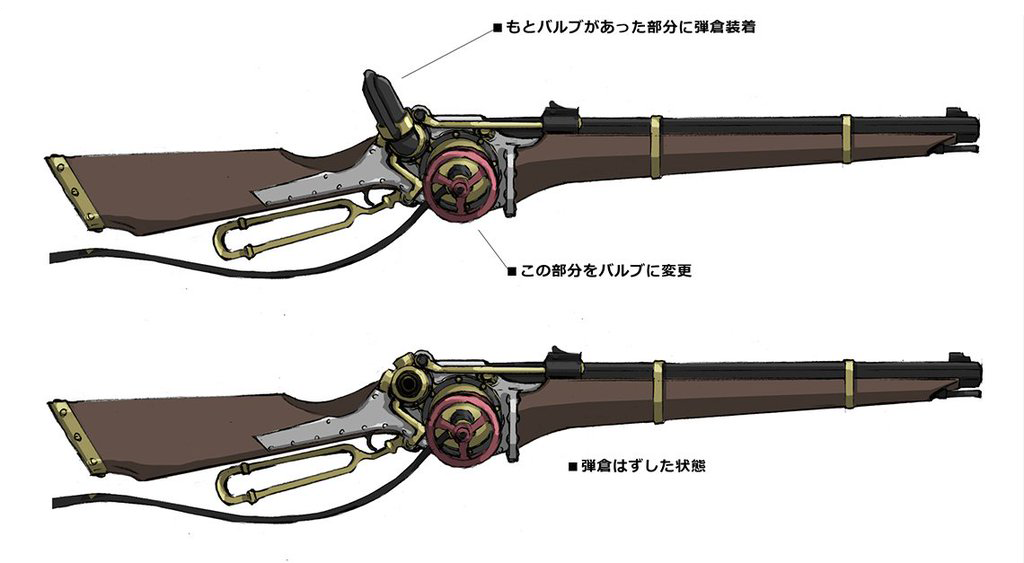 I’m so glad you picked this up! I thought this would become one of those unfinished books that just float around NU forever. Thanks for the translation!~

Thanks for the support! I’m glad you enjoyed the chapter!

If he become a samurai it will make his second easier imo though.