A scared feeling could be felt filling up in the entire relay station.

Dashing about wildly, Fang Li stops his own footsteps subconsciously and looked at the smashed city gate. He could not help but look at the numerous houses broken by the Hayajiro, subconsciously grasping his fist.

One by one panic-stricken people in extremely difficult positions escapes from Fang Li’s side in a panic.

The entire street is filled with a feeling of fear and desperation. In this moment, only Fang Li stands erect and unmoving in his original place, appearing is incompatible with the surroundings.

Within the cacophony of noise, it isn’t clear if that was a scream of a human or monster reverberating.

The sound of gunshots roaring can also be heard.

Obviously, the Samurais in Aragane Station have started to engage the Kabane in battle. Only… the situation is still as dire as before.

“Wonder how Ayame-san is doing now.”

According to original works’ plot, Yomokawa Family’s head received the message at this time and was planning to escape with the Hayajiro but he had encountered a surprise attack from a Kabane and was finally killed.

But Yomokawa Ayame while waiting for her father’s news, was urged by those coveting life and fearing death Samurai to escape. Finally, without any alternative, she could only start to take action, evacuating to the Hayajiros’ site and preparing to escape.

Naturally, before that Yomokawa Ayame will definitely also bring along the Aragane Station people seeking asylum.

If all goes well, Yomokawa Ayame will arrive at the Iron Fortress site.

“First thing to do is to go there.”

After deciding on such an idea, Fang Li then plans to continue to move.

With a sad and shrill pitiful yell sounding out behind, the people running without turning their head start to flee non-stop in a panic towards the city gate’s street front direction.

Shortly afterwards, a squeal mixed with a violent fear starts to resound through.

Fang Li suddenly stops his movement, looking to the front.

Over there, what looked like a corpse shadow fled towards a Samurai holding a gun on his shoulder, opening its mouth and fiercely biting down on his neck.

The Samurai had not even had the time to send out a pitiful yell, when several more shadows ran to him, throwing themselves onto him and biting chunks of him one after another.

Blood is splashed around all of a sudden.

Like a ferocious beast pushing its game to the ground, the Samurai was submerged by Kabane, turning into the Kabane’s food, his blood being drained bit by bit.

Seeing this scene with one’s own eyes the desperate and frightened squeals unceasingly call out from the mouths of the people fleeing in panic.

A few people even forgot to keep running away, looking dully at this scene, making it seem as if they had lost their soul.

In such a case, a Kabane lifted its incomparably fierce head, its eye without any pupil glitters a cold ray, resembling a cheetah, the Kabane’s four limbs tightly press together before it jumped out, plunging itself into a young woman closeby.

The young women simply had not responded dully looking towards the Kabane approaching her, her whole body was shivering yet could not seem to move in the slightest.

But in this instant, one person moved.

A sky-splitting sound could be heard clearly, a cold bright light rushed towards the bright glowing heart of the Kabane that was about to plunge into the young woman.

The sound similar to glass shattering spreads towards everyone’s ears.

“…” The Kabane’s fierce face turned into one of delay, immediately falling slowly, falling on the ground.

This scene caused the surrounding people to all open their eyes. That young woman especially looked at Fang Li who had just rushed in front of her own body suddenly, not responding for quite a while.

“Still staying there, what are you doing?!” Fang Li grasps his dagger, his back to the entire street people, saying out loud: “Why are you guys not hurrying to seek asylum?!”

The audiences then responded, calling out in alarm, while escaping once more in a panic.

Including that young woman saved by Fang Li.

Fang Li relaxed. After all, Main Quest 2 has clearly stated, after Hayajiro escapes from Aragane Station, the more people survive and get on the vehicle, the richer Fang Li’s reward from the quest.

Solely the reward is reason enough for Fang Li to make a move.

Only… as the matter stands, on the front street all the Kabane’s attention has become centralised on Fang Li.

At that moment, each Kabane has exuded a fearful howl, fiercely rushing in Fang Li’s direction. At this time, those people had just escaped and were not far. If Fang Li escapes together with them now, it won’t take too long for those people to be overtaken by the Kabane.

Each Kabane has the physical quality surpassing the average person.

Even Fang Li, who has 6 points in AGI, is not necessarily quicker than these Kabane. Therefore, to not make the Kabane pursue, Fang Li must stay here to delay time.

Fortunately, the Kabane that are rushing towards Fang Li, only number in three, the others are gnawing and eating the food on the roadside that they had just caught as before.

Gripping the dagger tightly in his hand.

His pair of eyes changes to ice blue Mystic Eyes.

Looking at the three Kabane that crazily rushing, Fang Li advances instead of retreating, treading on the ground and directly plunders towards the Kabane.

The Three Kabane that are rushing forwards probably as if stimulated by Fang Li that advances instead of retreating, his extremely arrogant manner enraging them, each sent out a fearful roar, speeding up and showing their mouths that were full of fangs,

But, at this moment, Fang Li actually suddenly stopped, standing up directly vertically, and turns suddenly toward the side.

Because three Kabane were rushing ahead with full force, under the condition that the present game’s movement suddenly changes, cannot stop unexpectedly, continually rushing forwards and breaking through the original way.

“As I said although you Kabane have the advantage over other people in Physical Ability, a fool that only understood how to attack and rush forward was too easy to understand, too inferior even when compared with a wild beast.”

This is one of the reasons why Fang Li can even while low on attribute values massacre one after another Kabane easily.

“Are really too stupid!”

Fang Li turns around and flees towards the three Kabane.

At this time, the three Kabane that barely just scratched Fang Li’s body’s side before overrunning had their poor unprotected backs exposed in Fang Li’s eyes.

TL Note: Phew that was hectic, moving from WordPress.com to self-hosted and doing 3 chapters in a day (one was already done) was definitely quite the task. I’ll probably post another 2 on the weekend as it’s still the Uni holidays so I have an abundance of free time. 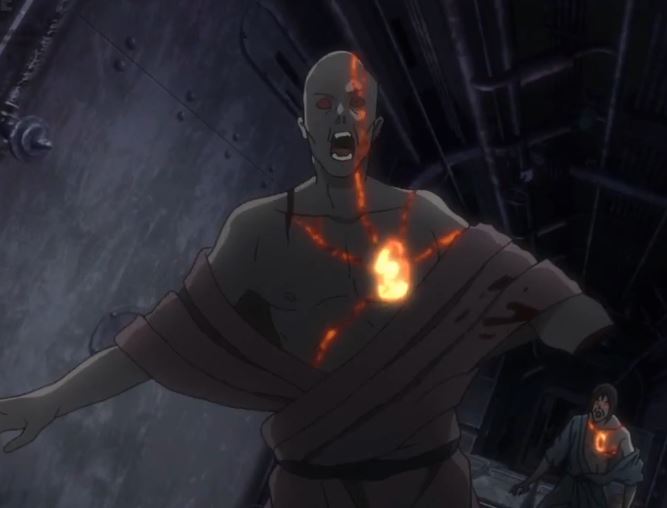 Thanks!
So in the end, what’s your release schedule?

2-4/week probably released on alternative days or the weekend but definitely released during the week. I’m doing slightly more for the next 3 weeks because of the uni holidays but after that, it’ll drop down.