As the name suggested, Snipe trained students to use sniper rifles for long-distance combat.

In Butei High, Assault and Snipe often worked together.

Therefore, most commissions that Assault can do, Snipe can do as well.

Assault and Snipe students usually cooperate and form squads to complete the more difficult missions. However, there are also instances of conflict.

Without having a squad, commissions that can be taken by these two groups will usually have students fighting for the same commission. That was the current situation for Fang Li.

Only, he didn’t think that his first commission would already be this troublesome.

Looking at that stoic faced Robot Girl, Fang Li helplessly asked, “Do you want this commission?”

The young girl didn’t reply just looking at Fang Li until he got impatient before she nodded.

When the girl was nodding, Fang Li realized that she was wearing earphones.

This was quite strange to him, Snipe was a group that focused a lot on concentration.

A sniper had to eliminate all unnecessary disturbances so they wouldn’t get distracted.

But, this young girl was wearing earphones.

If it was just decoration then it was excusable, but those earphones if they were working then it was strange.

Naturally, from the young girl’s appearance she didn’t seem like a senior student she could just be a new student.

So he couldn’t remove the possibility that she was just a layman at this stage.

But, he didn’t really think she was. The reason was simple, from this young girl he got an extremely weak feeling to the point of neglecting her. This was why he thought she was a professional sniper.

Since he thought so, then he’d have to use a more specialized way to deal with this commission.

“What do you want to do?” Fang Li asked, “Work together? Or use another way to decide who can get this commission?”

Normally, as a man, Fang Li should let her have it to be a gentleman but in Butei High, this sort of thing wasn’t something people looked up to.

Not to mention in the future as a Butei if they couldn’t fight for missions and earn rewards then they’d have no future.

Taking into account this was a female and then forfeiting the mission would only make other people think you were despising the opposite party and it’d make people look down on you as well.

Therefore, negotiations were something all Butei had to handle for these cases.

The opposite party should understand this as well right?

While he was still shocked, the crowd was starting to whisper.

“I heard that in yesterday’s Snipe examination she got an S Rank rating.”

“Another S Rank new student? Has it become so easy to get S Ranks?!”

“Quiet down, it looks like the commission she just took was also the one Assault’s Fang Li wanted.”

Hearing the crowd talk, Fang Li lifted his head and gazed at the small form going far away.

“Reki?” Fang Li muttered to himself, “Really an unpredictable child.”

However, from the footsteps and method of walking of the opposite party along with her weak existence, Fang Li could confirm this Reki had genuine skills.

“S Rank Sniper huh? We’ll probably deal with each other more in the future.”

Leaving behind those words, Fang Li ripped off a mission from the list then left the campus.

Fang Li didn’t discover. In a corridor not too far away, a form walked as well, gawking before pursuing in Fang Li’s direction.

Academy Island was an Artificial island, the vegetation on it was transplanted from other places.

There was a protected forest here. This forest used to have a theme park in the past but because there wasn’t much business the owners gave up.

Recently, a new enterprise planned to buy the area and reconstruct again.

But since there was a theme park here, there was a zoo as well. The management from before just let the animals run wild in the forest and settle down. Since there were a number of ferocious beasts it was a bit dangerous.

The commission that Fang Li planned to accept was from the new enterprise that wanted to set up here.

The content was to eliminate these beasts and other threats to let the construction proceed smoothly.

According to the map, Fang Li used a cable car to arrive at the forest.

Entering it, Fang Li was attacked by all kinds of beasts.

In it, there were lions, tigers and other predators.

“Haa there’s no humans at all here.”

In a corner of the forest, Fang Li stood above a crowd of beast corpses holding a glock, compared to a week ago, his movement was much more rapid and his gun play was much better as he took it back into his Black Ring.

“Should clean up here and come again tomorrow to confirm there’s nothing else then I’ll report back.”

The exit was actually in the direction of the abandoned theme park.

When Fang Li walked out he was startled.

At the exit, a young girl was spinning around anxiously. 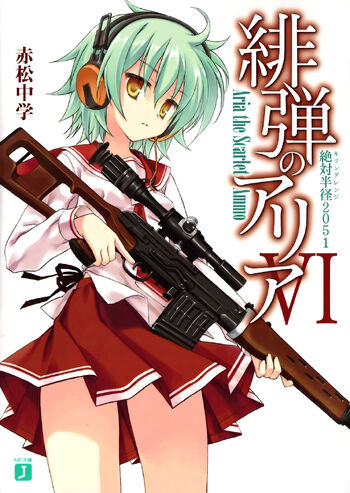 thanks for chapter sir