While Fang Li was staring at that dark red Hayajiro, a sound was heard.

Fang Li looked at the source of that sound and saw Yomokawa Ayame going out from the crowd, she looked at Fang Li with a pleasantly surprised expression, smiling from her heart.

This obviously implied how after Fang Li left last night after the incident with Ikoma, Yomokawa Ayame was constantly worried till now.

This Yomokawa Family’s eldest daughter’s heart was still as good as before.

Behind Yomokawa Ayame, Konochi Kurusu looked at Fang Li with a bad look saying, “Didn’t you leave? Why did you come back?”

This samurai and his strong self-respect were the same as before, looking at Fang Li as if he had some bitter hatred and was really unhappy.

However, Fang Li didn’t have the mood to tease Konochi Kurusu now.

“Oh right.” Yomokawa Ayame clapped her palms, saying, “Fang Li san should not know about that yet”.

It seems that after Fang Li left, there were some unexpected matters.

“Could it be that you don’t know?” Konochi Kurusu shot a look at Fang Li saying, “That is the Hunters’ Hayajiro.”

But, while he was silent, Fang Li whispered secretly in his heart.

This referred to an independent combat unit meant to fight against the Kabane.

The people in this army were completely skilled people that had fought against many Kabane in the forefront with many stories of success. Everyone knew them.

It is said that for every place the Hunters visited, all the Kabane would be swept away, this brought a lot of hope to the people of this time.

At least, that was the case for this country,

Therefore, the people called the Hunters’ members the Liberators.

Although Fang Li had only arrived in this world for several days, he actually knew the Hunters very well.

The reasoning was simple. The Hunters’ leader was the son of the Shogun. This person was named Amatori Biba.

It was exactly that Ani sama Mumei mentioned before.

In other words, Mumei was also one of the Hunters.

Why would the Hunters’ Hayajiro appear here?

Because there was a more important issue for Fang Li to care about.

“Mumei?” Yomokawa Ayame was startled she didn’t think Fang Li would suddenly ask a question like that.

Konochi Kurusu was the one who answered Fang Li’s issue surprisingly.

“When the Hunters’ Hayajiro just arrived, that Kabaneri just came back and happened to meet each other.” Konochi Kurusu looked at Fang Li, his expression turning bad as he asked, “You.. you already knew that Kabaneri was actually a member of the Hunters?”

Konochi Kurusu’s words caused Fang Li to smile bitterly and say, “Rather, as a member of the People’s Liberation Army that everyone knows, you unexpectedly didn’t know Mumei was a Hunters member, this actually makes me quite surprised.”

Konochi Kurusu was at a loss for words.

However, this absolutely was no one’s fault. Who would’ve thought that there’d be a non-human member within the Hunters group?

“Actually you still haven’t given me an answer”, Fang Li continued, “Where’s Mumei?”

For this issue, Fang Li hadn’t gotten an answer before the next second the people around the open space suddenly started cheering.

“The Liberators are back!”

These few words caused a ruckus in the entire open space.

At this moment, all the people stood up and looked at the forest in front, cheering voices sounded one after another.

“They’re back?” Yomokawa Ayame and Konochi Kurusu also raised their head, looking at the forest, although they didn’t react frantically like the rest of the crowd it still attracted their attention

Only Fang Li still stood there as before, his eyes flashing with an inexplicable gloss before he turned around and looked at the site of all the cheers.

Within the forests’ depths, a crowd of samurai walked in an orderly way approaching the site.

These Samurai were not only all completely armed, their complexion was firm and resolute, their physique was tall and straight, anyone could understand at a glance that these were people that had fought many battles, they were completely different from the average samurai.

They… were the Hunters.

They were the ones that actively fought on the forefront with the Kabane. Becoming regarded as Liberators and obtaining a warrior’s celebration and cheer.

But in front of the Hunters, there were two people.

As for the other person, Fang Li’s line of sight looked at him closely. It was a person wearing a jet black battle suit and a red half-length coat. On his waist, there was a long sword and his hair was long and cherry coloured, he looked like an extremely handsome youth.

Seeing the handsome youthful leader of this large army, the crowds’ cheers turned even louder.

This was without a doubt well-meaning cheering.

It was totally different from the supercilious looks and dislike Fang Li faced at Aragane Station. Amatori Biba was being cheered like a hero of the people in the true sense of the word.

But in their eyes, Amatori Biba truly was a Hero.

He was the ruling shogunate’s son.

A warrior with excellent ability.

Too many titles were given to this person, turning him into the focus of the people that only grew stronger and stronger.

This time, even Fang Li was caught off guard.

At this time, within the Hunters, Mumei noted Fang Li’s existence as well.

Seeing Fang Li standing in the crowd, Mumei frowned and coldly snorted looking the other way.

This young girl was obviously still mad at Fang Li.

Only, Mumei didn’t know that her performance was seen completely by Amatori Biba.

One side was a wanderer hidden in the crowd.

One side was a Hero that all the people were cheering for.

Their lines of sight connected at this moment. 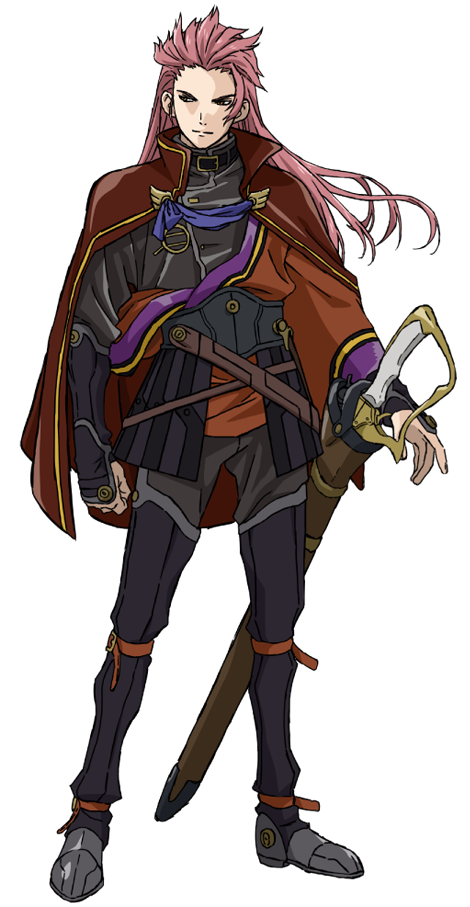 Each chapter makes me want more!!!!
Thanks for the chapter!!?

Can hardly wait for more.