The ground now had a lawn.

The surroundings were covered with flowers and plants.

In the innermost part, there was a mansion.

This mansion is where Fang Li currently resided.

Before that bare land that couldn’t even be compared to a wild beast’s housing could now finally be occupied by a person. After all, after training for so long, Fang Li truly needed a place to rest. But the place before this was totally unsuitable for resting and providing him with sufficient energy. Therefore Fang Li simply used up his remaining 1000 Exchange Points and transformed this place into a proper residence.

Fang Li came back and looked at his own residence, he opened up his Attribute panel to check his current attributes.

Fang Li’s two accessories provided an entire attribute promotion of 7 points allowing for a huge amplification in all the attributes.

But the ten free Attribute Points that Fang Li obtained was also directly added to AGI promoting it to 33 points.

After counting the Attribute promotion from the title, Fang Li’s current attributes could not be compared to the previous one at all!

As for strength, there was naturally also a qualitative leap.

At least, currently Fang Li was no longer a beginner in combat.

“Only…I’m not an expert either…”

Regarding Fang Li who had the Mystic Eyes of Death Perception which could disregard defence, Fang Li had no need to promote his STR attribute.

But VIT is actually very useful, it’s just that it’s not as useful as AGI to Fang Li.

Considering the fact that Attribute Points were limited, the Fifth Rank Limit is 100 points, so he might as well just pile up one attribute to the maximum value.

Therefore, Fang Li chose to add all the Attribute Points to AGI.

“Not to mention, there’s also this INT which I’m not sure I need.”

INT, this Attribute could improve miraculous abilities and magic as well as improve mind processing power.

For example, for a Magus in the TYPE-MOON World, to use Magecraft they needed to consume Magic Power. If an Envoy’s INT is higher then they will have more Magic Power at their disposal.

INT, this Attribute could be used for both improving intelligence and also for magic.

From this, it could be shown how Attributes had many uses.

However, Fang Li currently was not an INT class so he didn’t need this attribute and therefore didn’t promote it.

“Therefore, this is how it is for now.”

After confirming his condition, Fang Li raised his head and looked up as if trying to see some sort of unseeable existence as he started speaking.

“Apply to enter the Dungeon World.”

As his voice fell, the System Notification responded.

“Serial Number 11273 has applied to enter the Dungeon World, starting to carry out the allocation.”

“The Number of Participants is one person.”

Initially, when entering the Chief God’s Dimension, all Envoys will experience it on their own. As for later on, the Number of Participants will be randomly designated. If the requirement is over one person, then the Envoy needs to recruit team members and form a team to enter the Dungeon World.

However, forming a team is not an easy task. Firstly, each Envoy is from a different Planar World so the Dungeon Worlds will be different, it would end up being very unfamiliar for the outsider Envoy and they wouldn’t join.

After all, the Leader had knowledge of the plot of the Dungeon World whereas the Envoys from other worlds would not have any idea about the plot so they might be treated as cannon fodder by the leader, finally, forget about getting any advantage they might die!

But as the Leader forming a team, they need to take into consideration the people joining as well to make sure they won’t be backstabbed.

Therefore, in the Chief God’s Dimension, forming a team is very difficult.

It’s because of this that there is a Servant Certificate.

Rather than recruiting a random Envoy who you can’t trust and having to deal with schemes, you might as well just use a familiar plot character that you know and are friendly with, using the Servant Certificate to make them your servant.

For example, Fang Li if you made him choose to take a random Envoy that he didn’t know or take Mumei, Fang Li would choose the latter without hesitation.

This was not solely because Mumei could be trusted but because the Servant Certificate binds the life of the servant and master, once they become a servant they will share their life.

Fang Li has the same thoughts.

Therefore, Fang Li really hoped that the Dungeon World requirement was one person. Otherwise, he could only use all his energy to recruit another Envoy.

After a while, the allocation completed itself at last.

……
“Dungeon World: God Eater.”
“Quest Difficulty: Fifth Rank.”
“Number of Participants: 1.”
“Main Quest Number: 3.”
“Quest 1: Participate in the Aragami expedition headed by the Fenrir Far East Branch, kill Aragami in the expedition, rewards based on number of kills.”
“Quest 2: Obtain an Aragami core, rewards based on the number of cores gained.”
“Quest 3: Obtain 5000 Exchange Points, extra points will be supplemented.”
“Failure Punishment: Failure of each Main Quest will result in a deduction of 1000 Exchange Points.”
“Completion Reward: Evaluated based on final result.”
……

When the “Number of Participants: 1”, could be heard, Fang Li finally relaxed and smiled. At the next second, he gradually disappeared from the spot… 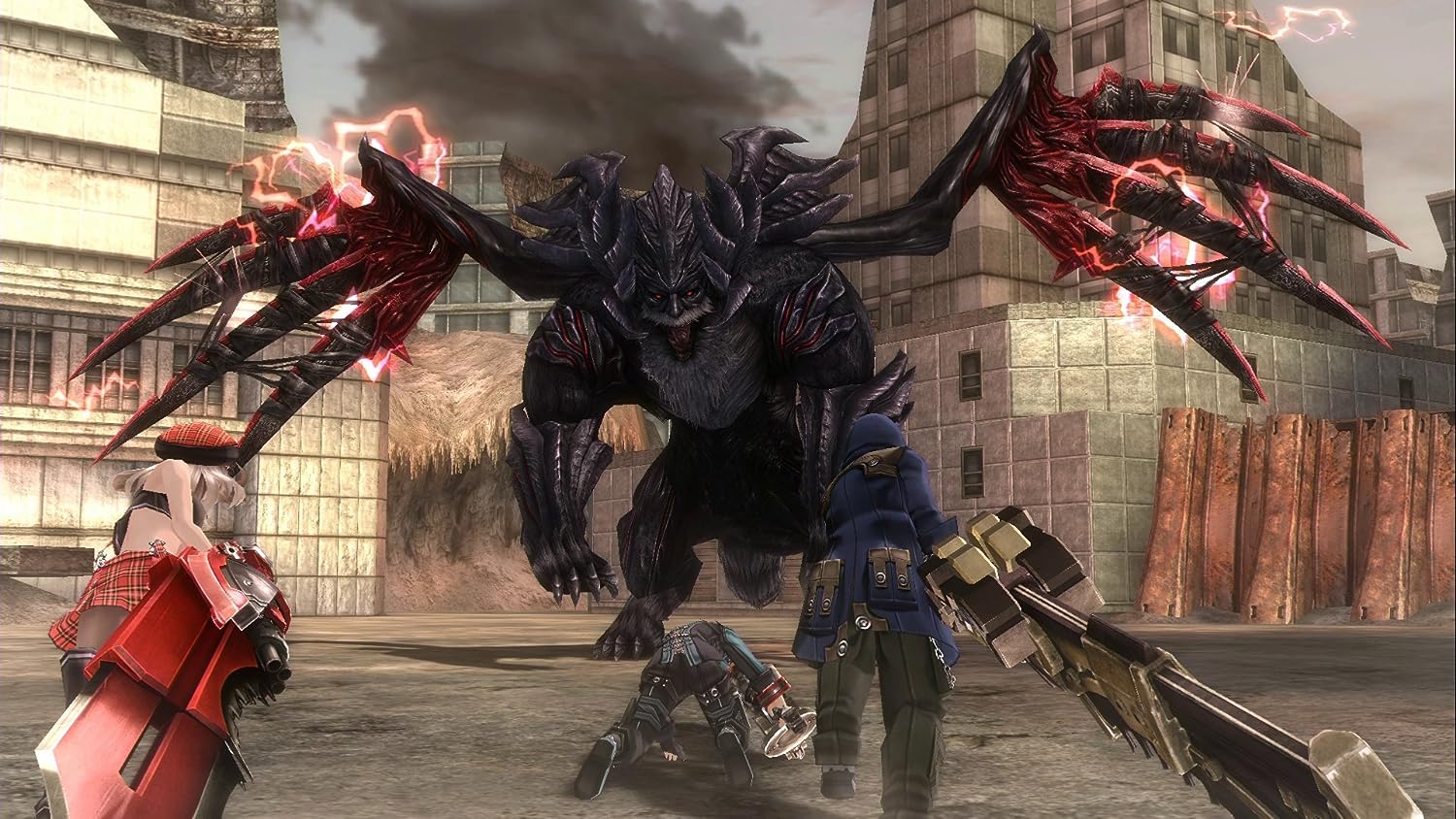 Very similar themes
Thanks for the chapter

The anime or the game?

What I like So far is it seems that it’s not gonna focus on Harem anime like Grand Summon. Instead real combat and action anime. Theres sometime harems in those as well but at least better plot points and the girls are usually not useless